iChill Theater Cafe Coffee Affordable Party Venues in Manila: Why Have A Party?

Affordable Party Venues in Manila: Why Have A Party? 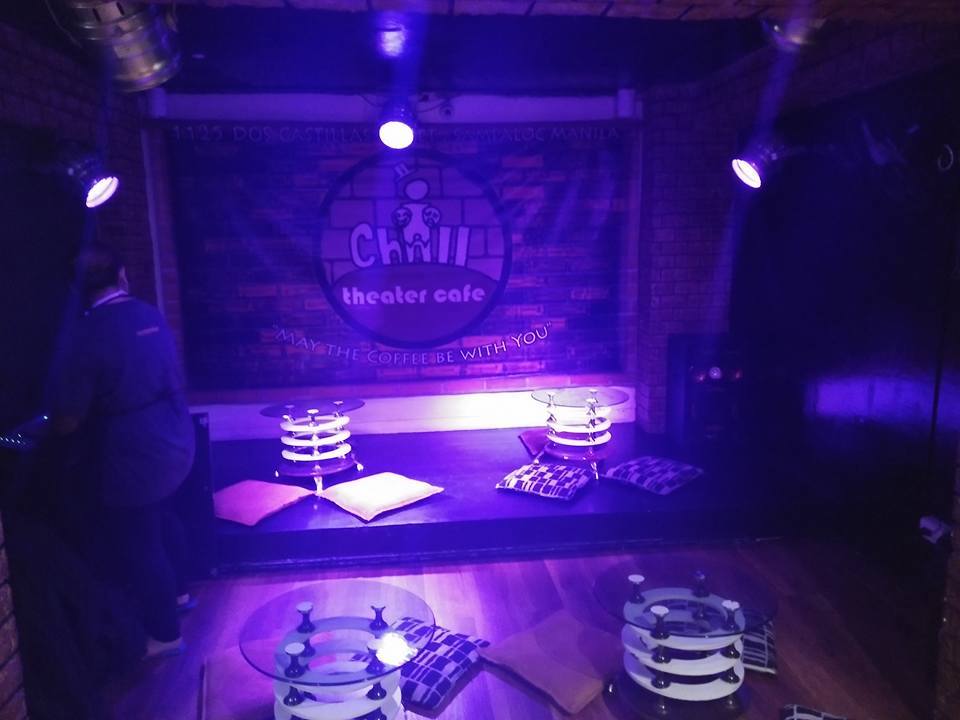 Searching for affordable party venues in Manila meant finding a place to fit your family and friends for a night of fun. Yes, the word used is “fit”. A venue that doesn’t have to be THAT small yet spacious enough for everyone to sit, eat and have fun. This is why some affordable party venues in Manila have a widescreen for KTV purposes. If a function room can easily be converted into a KTV room, you know you got yourself a good deal.

If you are booking one of the affordable party venues in Manila, what purpose do you have?

To make an announcement

There are parties where the agenda is not so obvious because the people who arrived are having fun with the music. Most of the time with a microphone especially when the place is a good venue to sing your heart out. The agenda cannot be that obvious to everyone. Or at least to that girl with whom the party organizer is planning to propose marriage. Otherwise, the surprise is ruined. It’s a good way to kill all rumors and questions regarding The Date as far as the involved couple is concerned. It’s also a good way to get all eyes on the couple to watch out for new developments on their way to the altar. Doing it in a KTV room in one of the affordable party venues in Manila also helps in brainstorming which playlist to use in the wedding reception later.

What usually follows a “Will you marry me?” party is the engagement party. Staging it in one of the affordable party venues in Manila meant remembering how it doesn’t have to be as big or grand as the wedding itself. At least, you can save that grand part for later. The engagement party on the other hand would involve a small crowd involved in the wedding preparations too. You would be amazed at how some organizers could mask a wedding planning party under the guise of a KTV party. While one of the guests is singing her heart out, other party guests are already discussing with the wedding planners and the future couple about flower arrangements, color schemes, motifs and the like. The casual party ended up happening side-by-side with the brainstorming sessions.

To launch a new project

Independent app developers don’t always have the budget for that big, splashy product launch. But they would like to at least establish some positive buzz for their product. Events marketing have arrived on affordable party venues in Manila as well. And these developers end up discovering how the small setting can get them closer to their target market. An audience of 30 people more or less meant less pressure on asking vital information about the product. Your first batch of sale will always be your most memorable not only because of the opportunity to go the soft launch route. But to gather information about how your app can be improved. Thanks to a slice of the market that you captured through your party.

If you have been in a sales-based account in a call center before, you know this part of looking for affordable party venues in Manila. That is if you are the team leader in one section among a sea of cubicles in a call center. Quotas have always been a part of the sales account culture. But among teams, there is always one team that leads the company in terms of group sales. The top-selling team often ends up getting rewarded with a dinner package or, as other call centers would have it, straight up cash. Then the decision of browsing among affordable party venues in Manila is left to the team leader. The most common suggestion then comes up as KTV night. Because it is easier to sing your lungs out when you’re a little tipsy.

If you are looking for affordable party venues in Manila, look no further than the one that we have here at iChill Theater Cafe. At most, it can fit up to 30 people although we’ve had events where we have more than 30 people. The party venue is right there at the second floor. It is best enjoyed as a KTV room with the help of our karaoke machine assisted by an overhead projector. So it’s basically the widescreen experience for you to see the karaoke lyrics better.

Coffee Capsules The coffee capsules are really useful and have outstanding quality; because they are kept at suitable temperature levels ...

It'' s authorities: Americans ought to drink more coffee When the nation'' s top supplement panel launched its latest dietary ...

Excellent news: your coffee obsession is really respectable for you Coffee is one of life'' s rarest pleasures: a scrumptious ...